Compensation for Firefighters Injured in the Line Of Duty

LOD Injury? How to Be Properly and Fully Compensated

There is a reason you may not have immediate access  to financial compensation if you are injured in the line  of duty. Or on duty. It is because 99% of the time, the money would be paid by some insurance company,  and if you don’t realize it from your life’s experience, let  me share: insurance companies are not your friends.  Insurance companies deny, delay, stall and deny again.

You have seen the horror. You have saved many people  who were experiencing the horror. Burn injuries can  be devastating. The average person injured, of course,  can make claims for compensation. Medical bills alone  for treatment of burn injuries can be exorbitant, and  life-long.

If you are injured however, in 32 “bad” states (the  “good” states are: Alabama, Colorado, Florida, Maine,  Massachusetts, Michigan, Minnesota, Montana,  New Jersey, North Carolina, North Dakota, Oregon,  Pennsylvania, South Carolina, Vermont, West Virginia,  and Wyoming) a law exists that stands in the way of  your chance to be fully and fairly compensated.

The law in these “bad” states is referred to as the  Firefighter’s Rule. The Rule can apply to police and  other emergency personnel. The Rule is a defense to  any lawsuit you might file, thus blocking your recovery  of damages or compensation from a negligent party,  the party whose behavior created the problem for  which you responded. A house fire is an easy example.  You can’t typically prevail against the homeowner in  these Firefighter’s Rule states.

The primary justification for the rule is the legal  concept of “assumption of the risk.” If you jump off a  10-story building, you assume the risk of breaking your  leg or dying. The analysis for firefighters is that you  enter a burning building knowing you can be injured,  but you assume that risk. Yes indeed! But that you are  trying to save life and property doesn’t excuse Sally  whose negligence started the fire. This “assumption of the “risk” justification is the primary one used by those  protecting insurance companies.

The Firefighter’s Rule is a bad one.

Sally negligently causes a fire in her home. You and  your crew rush in to put out the fire and save the  baby upstairs. The flames engulf the home, and while  you succeed in saving the baby and Sally, you suffer  second and third-degree burns, requiring you to be  off work for an extended period. You make a claim for  Worker’s Compensation benefits. Slowly the reality of the world of insurance sets in: the doctors and  nurses and other clinicians being paid by the Worker’s  Compensation Insurance are being told to hurry up  with your care, to release you back to work, and to  stop prescribing needed treatment. You are stunned.  You still need care, and you can’t get back on the job.  You are losing money not working as benefits from  Worker’s comp are cut off. You are waiting for the  court or administrative hearing to contest the ruling  cutting you off.

Regardless of the extent of your injury, your wellbeing  is being compromised. The more serious your injury  is, you may well be in enormous and constant pain,  your normal grounded and strong personality may be  taking a hit, and psychological and emotional trauma  may be compounding your situation.

In 18 “good” states, you can make a claim for  compensation against Sally, and if you win her  homeowner’s insurance company would have to step  up and pay. In 32 states, insurance companies, most  of the time, are basically immune and don’t have to  contribute a penny to compensate you.

Is the Firefighter’s rule fair to you? Not close, unless  you still believe in the Easter Bunny.

You are a hero. An angel. A saint. There are not  adequate words in the English language to properly  identify how unbelievable you are. Our society calls  sports stars heroes. Great. They scored extra runs, ran  extra fast, hit an amazing number of “threes.” These  athletes’ off-the-court contributions are sometimes  amazing and should be admired far and wide.  These folks should be applauded. But they pale in  comparison to who you are and what you do every day. And then, in 32 states the insurance companies  have been successful in doing what they do –  protecting their money – by lobbying and convincing  your state’s legislature to provide a shield for Sally if  you file a lawsuit against her.

If you are in a state that enforces the “ Firefighter’s  Rule” your ability to succeed with a claim against Sally  for her negligence can be submarined. She forgot  about a candle on her nightstand next to her bed and  the flame caught the curtains. You know the rest of  that story. Oh yes, you got hurt.

The Firefighter’s Rule says you assumed the risk of  your injury. It says you knew the risk of your job and  well, that you got hurt, sorry.

The Rule does not make sense. Our system of laws  in the United States understands a basic concept:  if someone causes another harm, they should be  accountable. But not in 32 states for firefighters,  police or emergency responders. We understand why  the Rule exists. Insurance. Avoid paying claims by  lobbying and preventing the lawsuit from ever going  anywhere.

Thank heaven for you and your crew. You put your  life on the line because somebody made a mistake.  Making a claim against Sally for her mistake might  not go far in Firefighter’s Rule states because the  insurance lobby is strong and does not want to have  to compensate you. It is always about the money.

Eighteen states think you deserve a shot at  compensation. They have discarded the Rule and  claims against Sally in those states can be successful  without having to fight the defense of the Rule. Sally’s  homeowner’s insurance company in these states may  end up paying you. They should. That is why Sally  has insurance. That is why she pays premiums. In case  something happens, they pay. That is the deal: she  pays premiums, which her insurer gladly accepts,

and  then, if something happens, they are supposed to pay.

There is hopeful news in the 32 states where the Rule  exists. Like everything else in the law, there are always  exceptions. There are ways to get Sally’s insurance  company to pay despite the Rule.

Following are some of the clear, notable exceptions.

Exception: If Sally knew something or could have  reasonably prevented “further” harm to you, or if she  misrepresented the extent of danger, or if Sally failed  to warn you of known or hidden dangers Sally and her  insurer might be liable.

Example: the stairs leading upstairs won’t  hold your weight. Sally doesn’t tell you and you fall  through the stairs and break your leg, leading to your  immobility, whereupon you suffer extensive burns.

Another example: Sally fails to warn of a  broken gas line.

Another example: Sally has a big hole

intentionally covered with leaves in her front yard, to  harm trespassers or other uninvited visitors on her  property, and she fails to tell you.

Exception: If Sally acted in a manner that was “wilful,  wanton or intentional” Sally and her insurer might be  liable.

Example: Sally, not expecting the house to go  up in flames, intentionally throws a cigarette into the  living room drapes because she is mad at her husband.  Sally and her insurer might be liable. Note however  that most insurance companies deny coverage in  circumstances of intentional acts. Sally, for her part,  would never say that she intended to burn the house  down.

Exception: If a fire erupted in Sally’s home because  there were violations of laws or ordinances, such  as building codes, Sally and her insurer might be  liable. Or, perhaps a builder or repairman might be  responsible.

Example: An electrician comes to Sally’s home  to do repairs and negligently overloads a

wall socket.  Here, there could be a real legal battle regarding  Sally’s responsibility, but a claim will exist and likely  compensation can be recovered.

Exception: While not a real “exception” to the Rule, it  is worth detailing that the Firefighter’s Rule would not  apply in situations where a third party, in the examples  above – not Sally – caused the injuries but did not  cause the fire.

Example: Sally’s neighbor rushes into the  burning house to save his dog and knocks you over,  you hit your head and pass out and get burned. You  have a viable claim against the neighbor.

Now, for those of you who enjoy the deeper dive of  the law for this concept, here are two of the “good”  states and how they addressed the rule: New Jersey  and Oregon got rid of the Firefighter’s Rule.

(If you don’t want to read this NJ statute, no problem,  it says you can file a lawsuit against Sally for her  negligence in causing the fire that ultimately caused  your injuries).

Next, here is a short summary of a court decision  from Oregon. The case means you can file a lawsuit  against Sally for her negligence in causing the fire that  ultimately caused your injuries.

In the case of Christensen v. Murphy, 678 P.2d 1210  (1984) the Oregon Supreme Court allowed a police  officer’s family to make claims against Murphy, whose  negligence resulted in a series of events that lead to  Christensen’s death. The Court in its ruling, in reversing

the prior law in Oregon, said that the (Firefighter’s) rule  is not sustainable under implied assumption of risk  analysis.

Forgetting Sally’s potential negligence if you get  injured trying to save her cat in her burning house,  there is still potential to recover compensation for  your injuries: you may have a “products liability” claim  against any number of business entities that put an  unsafe product into the world.

Claims can be made if any of the following 3 facts or  scenarios can be shown:

While there is never any guarantee about results, with  a proper and thorough investigation, there is usually  a way to get around the Firefighter’s Rule or develop  and prove a products liability case.

If you suffered an injury that was not your fault, the  law in every state provides for compensation. While  exact provisions may vary, generally, you are entitled  to be compensated for the cost of all of your medical  bills, both for physical and psychological injuries, for  lost wages, for disruption of your life, for scarring,  for permanent problems, for pain, for all measure of  suffering, and for any and all of the other “negative”  consequences that can be shown.

Thank you for reading this paper. My goal in preparing  it was to provide information to you and the world of  other heroes in which you dance because your work  deserves every possible benefit available, including  the benefit of compensation if you are injured.

In the event of the ultimate tragedy, that a firefighter  dies in the line of duty, the firefighter’s family also  deserves every possible benefit. I have therefore  included here a resource (see next page) copied  exactly from the National Fallen Firefighters  Foundation’s website.

I hope this is something your family never has to  confront, but, give this to them, in case heaven forbid,  something happens to you.

Please be safe and thank you for your service.

THIS INFORMATION HAS BEEN COPIED VERBATIM FROM THE NATIONAL FALLEN FIREFIGHTERS FOUNDATION, WITH EXPLICIT PERMISSION

If a firefighter from your department dies in the line of duty, do you know what to do?

Here are important steps that a department needs to take to help the firefighter’s family,  members of the department, and the community.

I am a proud member of the American Burn Association, The American Justice Association’s Burn Injury Group, and the Washington, D.C. Firefighter’s Burn Foundation.

I can be reached at 833-MY-BURNS and my website is  www.nationalburnattorney.com. 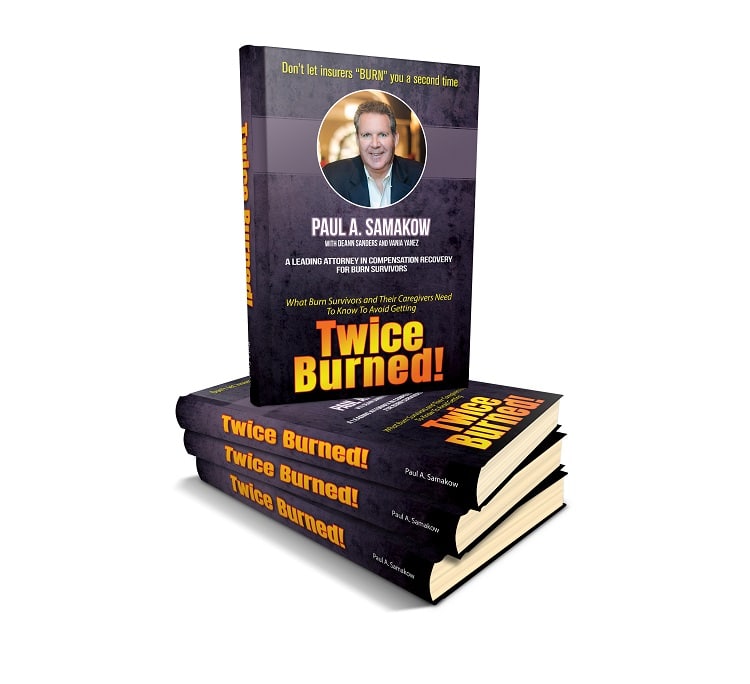 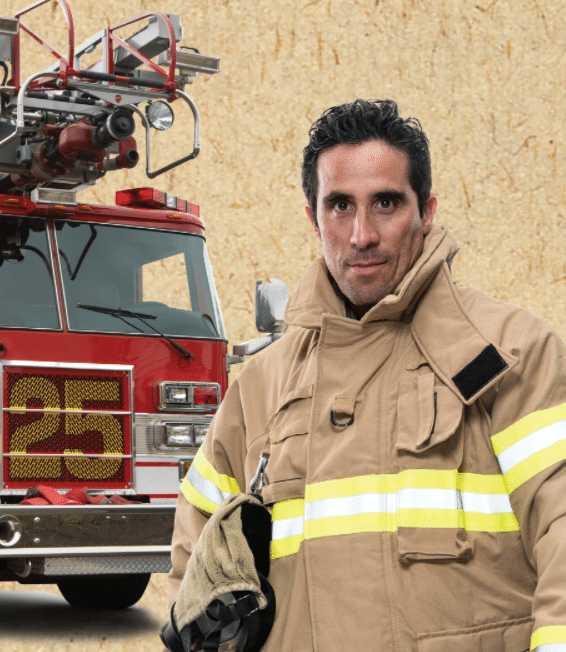 LOD Injury? How to Be Properly and Fully Compensated

Hit enter to search or ESC to close